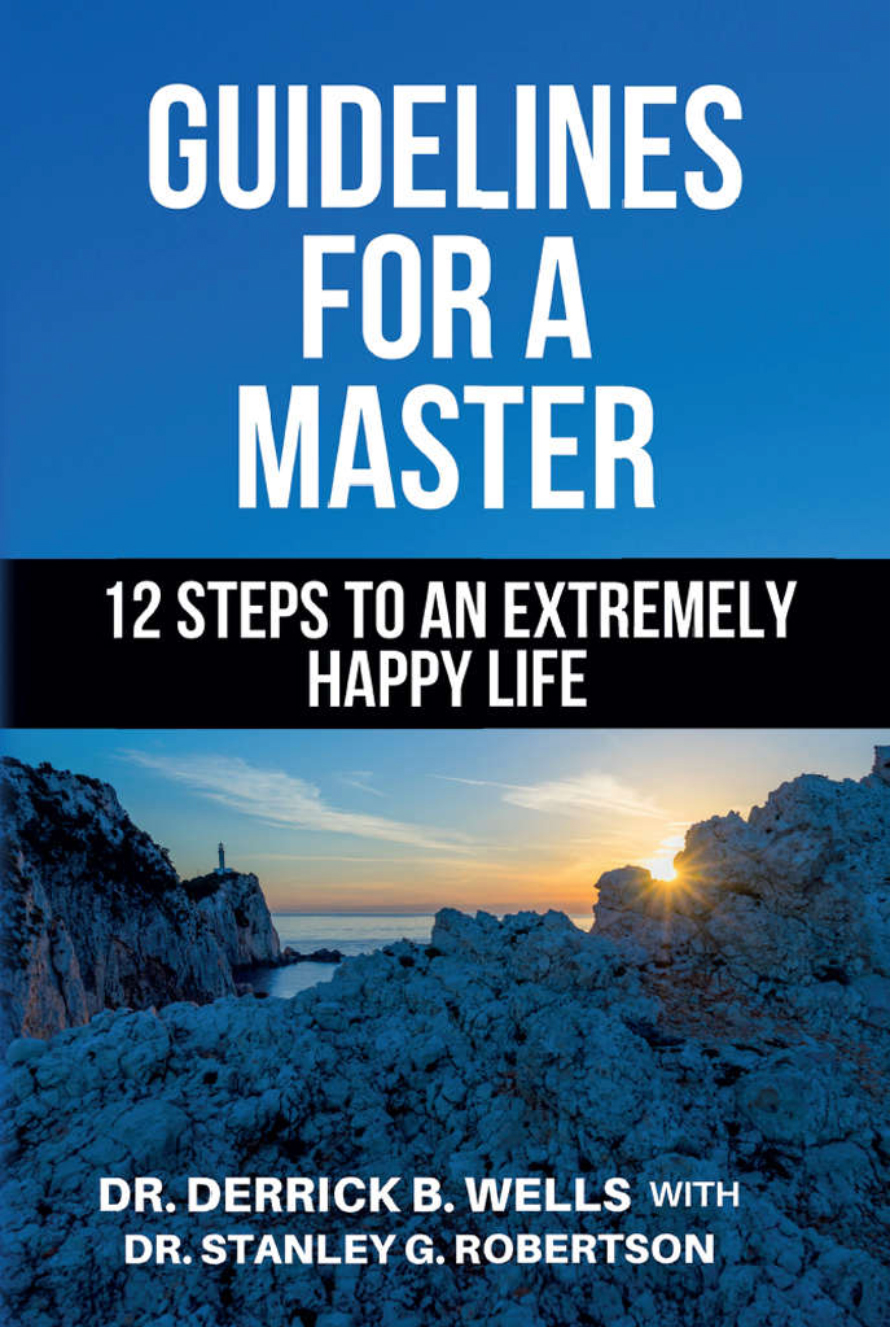 To achieve a transcendent level of happiness, you must first learn to harness the power of your mind. Ask yourself, “Do I want to be extremely happy?”

If the answer is yes, then Guidelines for a Master is here to help you discover the keys to harmony, balance, and true joy. Using the cult classic film The Last Dragon as an insightful analogy and point of reference, readers will be able to break away from limiting beliefs.

Your spiritual journey can start today. Extreme happiness is waiting for you—are you ready for it?

An exceptional read! “Guidelines for a Master” forced me to reinterpret the role that I play in my own happiness, and to understand that absolutely everything is possible through personal conviction, strength, healthy living and the belief in a higher power. Excuses for not achieving my goals in life are no longer options. Everyone should not only read this book, but follow its guidelines to the fullest! Then, pass it along!!!!

Offers methods to not only increase happier lives but helps with spirituality and self-awareness.

If you wanna live a better life, buy this book!

This book is short enough so that anyone can finish it in a short period of time and yet (with the right mindset) glean from its valuable information… This is important because in our journey to self-development, we must read good books more than once.

This book’s empowering message is that happiness is a choice and we can choose to be happy regardless of what set of circumstances we find ourselves in; therefore with the 12 steps, we can begin to be happy daily and the happier we are, the more we get the same…multiplied a million-fold or more.

Exceptional read. This is one of the best books that I have read on taking control of and improving your life.

It is impossible to achieve greatness if you are held back by fear. Fear is a choice, and if you succumb to it, it will prevent you from achieving a state of total happiness. Fear is a decision based on your perceptions and if you are not mindful, your fear can triumph over your faith. Danger may be real, but fear is an illusion.

In 1938, Orson Welles caused mass hysteria with his radio broadcast of H. G. Wells’s novel The War of the Worlds. During the program, which was broadcast on Halloween, Orson Welles presented a series of simulated news bulletins that suggested that an alien invasion by Martians was taking place. The fake news bulletins were made to appear real by inserting news flashes and eyewitness accounts of fictitious events.

This is a prime example of how fear can turn negative potential into a reality. During the broadcast, Welles caused thousands of people to focus on their fear, which made the fake story real in their minds. Although there was no real Martian invasion, thousands of people became hysterical. Some even reported smelling poison gas or seeing flashes of light. In that instance, some people developed real symptoms based on a false story.

It is easier to tackle the fear than to ignore it. By taking action and facing fear head-on, it helps you to dis-empower the thing that is causing the fear in the first place. The more you tackle the fear, the less power it has. For example, if you are afraid of speaking in public, the best way to push past the fear is to speak in public. You may accomplish this by speaking up in small, private and comfortable settings. You could tell a story or joke during a family meal, or you could share your perspective at the weekly staff meeting. The more comfortable and familiar you become with your public speaking voice, the more consistently you will be taking small steps to overcome a big fear.

When you recognize that fear is just an illusion, you can face it and take away its power in your life. When you experience less fear, you will experience greater happiness.